The Mid Season Invitational is on the horizon, but only one team can travel to Brazil to represent Europe against the best of the best. After twelve weeks of intense combat, heart stopping Baron steals, and silver scrapes, two teams have risen above the rest. At the top of the standings is the reigning champions G2 Esports, an emerging esports empire dominating the European scene for the past year. But rising to face them are the perpetual underdogs, the magical Unicorns of Love. Will G2 take yet another championship title? Or will the Unicorns put an end to the G2 era?

THE CHALLENGERS: UNICORNS OF LOVE

Perhaps the most unique team in Europe, they have delighted their passionate fanbase by returning to the Finals for the first time since Spring 2015. The last time they played on the big stage they lost to Fnatic, and ever since they’ve been fighting to regain their lost momentum. Each split since they’ve made it to the playoffs, but never the finals. They faced a particularly demoralizing blow when they were unable to qualify for Worlds in the 2016 season, losing out to Splyce at the end of the Regional Qualifier.

Their luck turned around in the offseason, however, when they won IEM Oakland 2016. Since then they’ve seemed stronger than ever, and their hard work has left them with an impressive score at the end of the split, topping Group B with an impressive 11 wins and only 2 losses. They’re known for their surprise picks, mid-game fighting, and big personalities - including their charismatic manager Romain “Khagneur” Bigeard, the Unicorns are looking to take this family owned business to the World Stage.

“G2 are really strong, and that makes it a very exciting match for me. They’re also working very hard, which I respect them for. I’m looking forward to the game, I’m more interested in the outcome and how the process is. I will be happy if we win, but I also believe in being humble, taking things as they come, and doing our best. It’s less focused on them and more focused on us.” 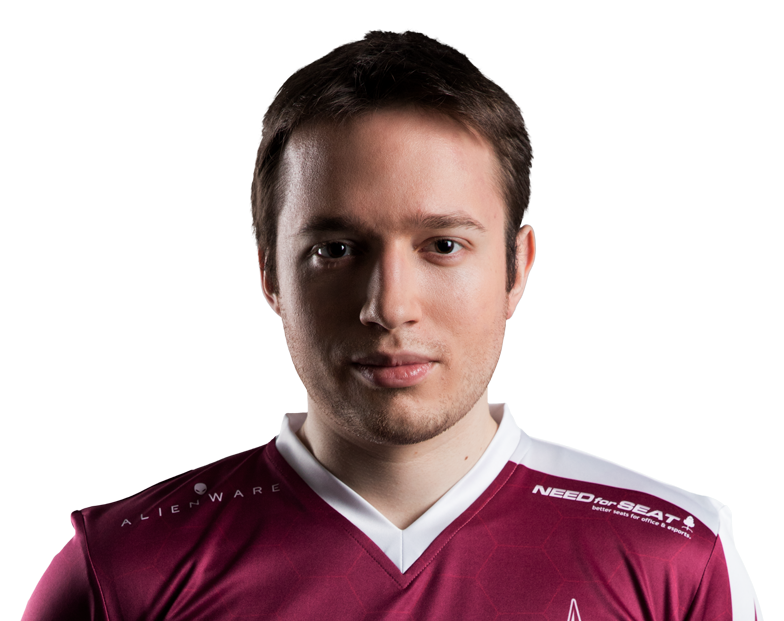 Leading the charge for the Unicorns is Tamás “Vizicsacsi” Kiss, who has been with the team since they first entered the EU LCS. Known for his aggressive play style, Vizicsacsi takes every opportunity to apply pressure on his opponent, even if it means sacrificing himself. Out of all the Top Laners in the EU LCS he has the highest kills per game, highest kill participation, and highest percent of team damage. Though his self proclaimed pocket pick is Illaoi, his most played champion in the 2017 Spring Split is Shen.  To top it all off, Vizicsacsi was voted as the MVP of the 2017 Spring Split, a title which will surely be tested in the finals. 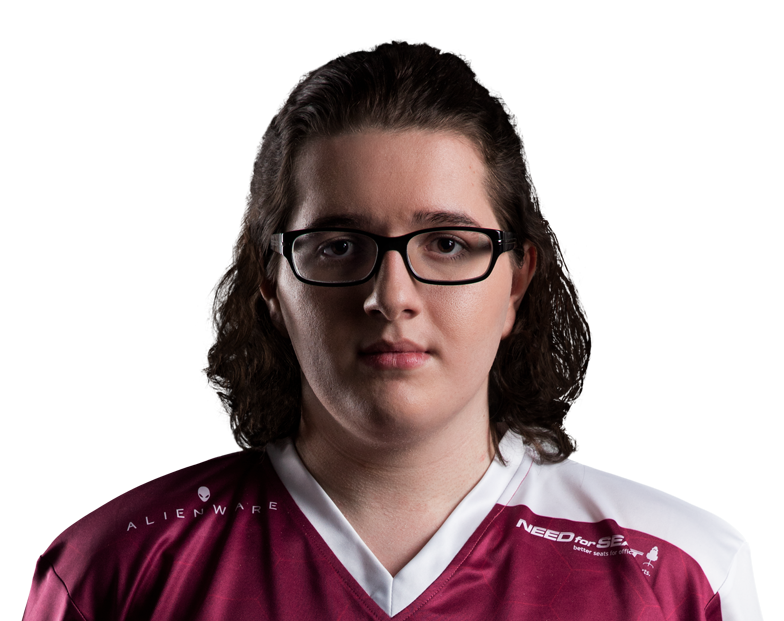 Voted as the 2017 Spring Rookie of the Split, Andrei "Xerxe" Dragomir has taken the jungle by storm. The Romanian native started playing professionally when he was just 16 years old, and since then has won Turkish Champions League in the 2016 Summer Split. He’s perhaps best known for playing champions not typically considered “meta”, such as Warwick, Rumble, and his personal favourite, Hecarim. With the highest KDA of all players in the EU LCS, it’s safe to say Xerxe has been a major factor in the Unicorns’ recent dominance. 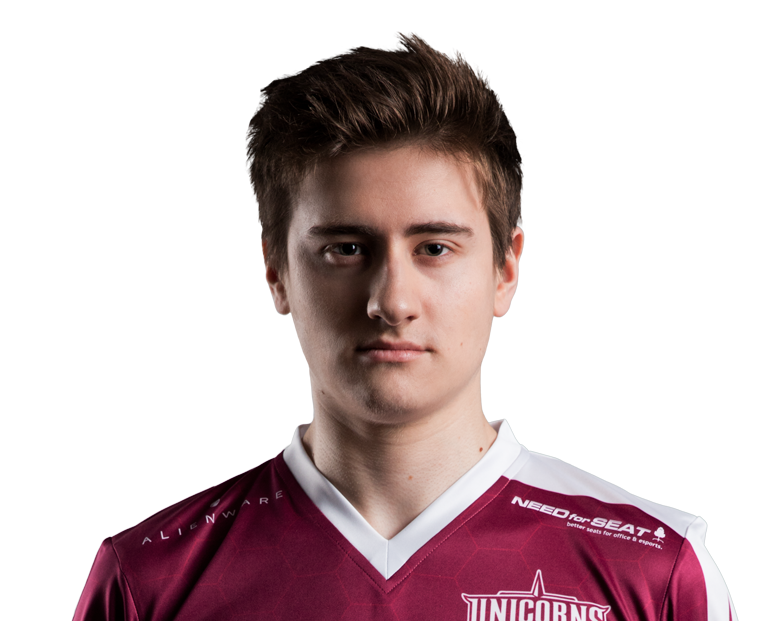 Hailing from the 2017 Spring Split Finals host country, Germany, is Fabian “Exileh” Schubert. Though he is considered by many to be a high risk player, his play style is nothing but surgical and precise. Out of all the players in the EU LCS he tops the charts in the number of kills per game, realm warping his team to victory multiple times on his signature Ryze. It hasn’t always been an easy ride for the 20-year-old, in fact, he stated that one of the biggest moments for him was being “roflstomped” by Fox during his first game in the EU LCS. 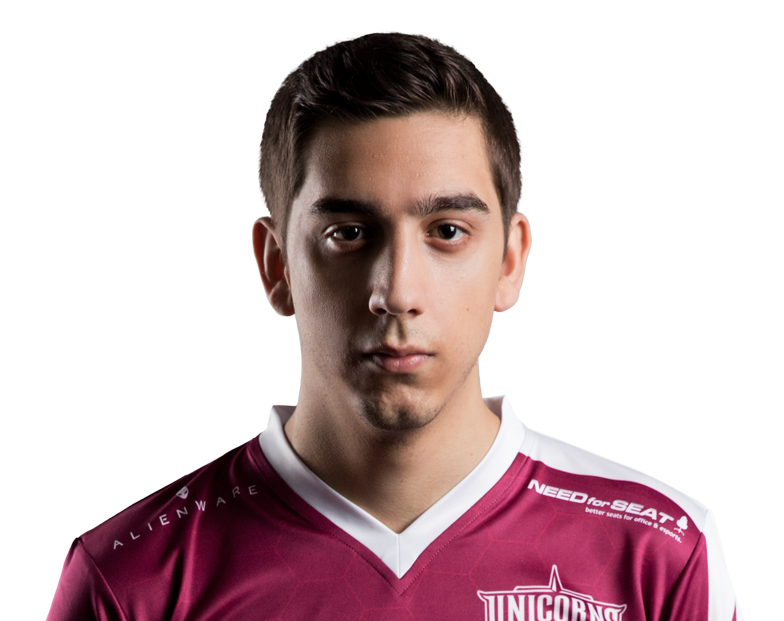 A veteran of four years of professional League of Legends experience, this was the first split Samuel "Samux" Fernández Fort played on the Unicorns of Love. When the Spanish native first qualified for the EU LCS it was as a toplaner for Giants Gaming, and since then he’s played on numerous other teams, including ATLAS eSports Team in the Turkish Champions League. During his split on the Unicorns Samux has drawn attention for his incredibly smooth play on Lucian and strong laning phase statistics. 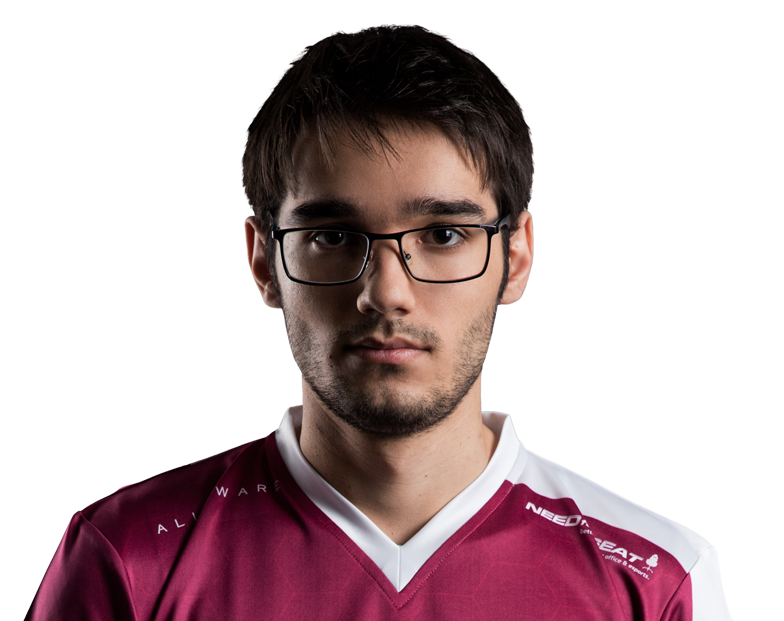 The second player to be with the Unicorns from the beginning, Zdravets “Hylissang” Galabov has stayed with the team through the highs and lows. Yet another Unicorn known for his agressive and unpredictable play style, Hylissang credits his success to dedication to his work and his team.  A man comfortable on many champions, Hylissang is known for picks such as Thresh, Bard, and Taric, though his most played champion in the Spring Split was Malzahar.

For the past year G2 Esports have been the undisputed Kings of Europe. From the time they entered the EU LCS they have won every split they’ve been in, and have competed at every major international tournament. Despite their overwhelming success in Europe, G2 have struggled to find their footing on an international stage with a lackluster performance at both the 2016 Mid Season Invitational and the 2016 World Championships, where they failed to progress beyond the Group Stage.

Despite their poor showing, the team decided to stick together and not swap out any more members, a decision they believe shows nothing but respect and loyalty. Their strength appears to be doing nothing but growing, as they showed by winning every series except for one during the 2017 Spring Split. Further evidence of their continued improvement could be seen at the IEM World Championships in 2017, where the team came away with second place. Once labeled as the “villains” of the EU LCS, G2 keep their eyes on moving forward, hoping to make it to MSI 2017 and redeem themselves.

“I’m quite confident in my team to win. In reality I think the Unicorns are more of the “bad boys” in this matchup than we are. Before we faced them for the first time this split they were saying in interviews that they could beat us, but we won every game we played against them. A week later, they were still saying they could beat us. We’re just the quiet guys, if you don’t talk the talk you don’t have to walk the walk, but so far the Unicorns are talking the talk but they have not walked the walk yet.” 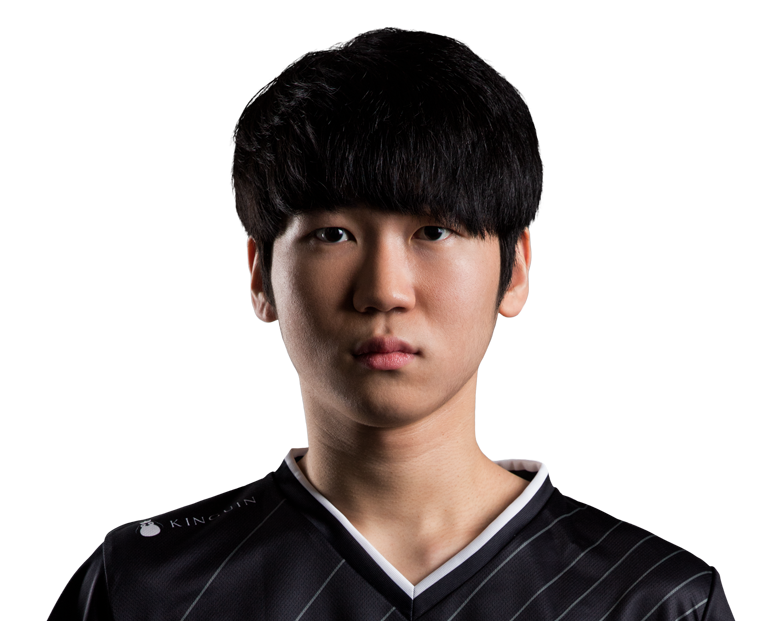 One of the newer additions to G2 Esports is Daehan "Expect" Ki, from South Korea. After playing in the LCK and in China he came to Europe to be a substitute for G2, but a roster change meant Expect found himself as their starting top laner. Though he’s often been seen as a weaker link on the team, Expect has consistently improved throughout his tenure in the EU LCS, and he’s proven it by boasting the highest KDA among EU Top Laners. 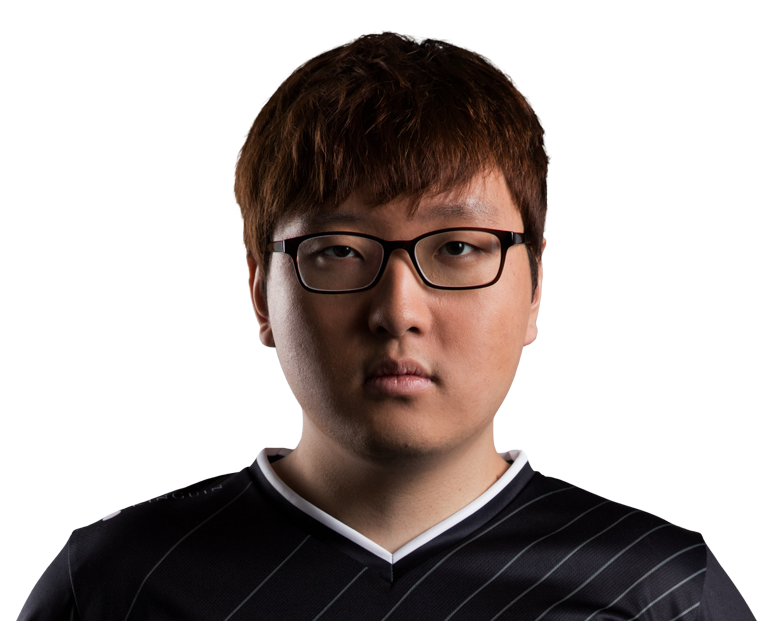 G2 Esports have another LCK veteran in Kang Yun "Trick" Kim. After playing on CJ Entus and multiple challenger teams, Trick left South Korea to join G2 at the beginning of the 2016 Spring Split.  He’s often been praised for his farm-heavy style of jungling, particularly on champions such as Graves. Trick boasts multiple impressive titles, including MVP of Summer and Spring Split 2016, and having the highest gold and XP difference @ 15 minutes in the EU LCS. 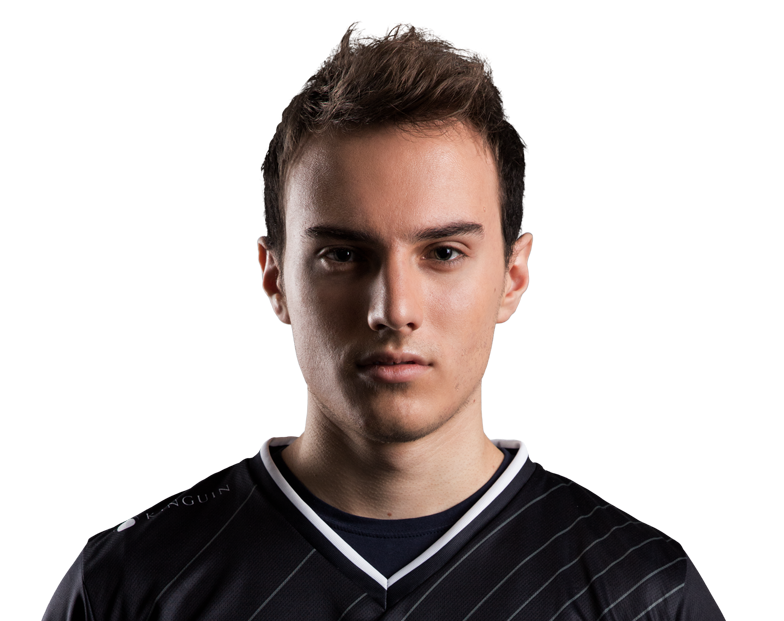 Considered by many to be one of the best midlaners in the West, Luka "Perkz" Perkovic has dominated his opponents since he joined the EU LCS for the 2016 Spring Split. Originally known for favouring assassins, Perkz has since switched over to a more mage-heavy playstyle, particularly on champions like Syndra and Orianna. Despite this, he still says his own personal pocket pick is Zed. Not only has Perkz won the title of Rookie of the 2016 Spring Split, he also has the highest damage per minute in the league, making this Croatian titan a force to be reckoned with. 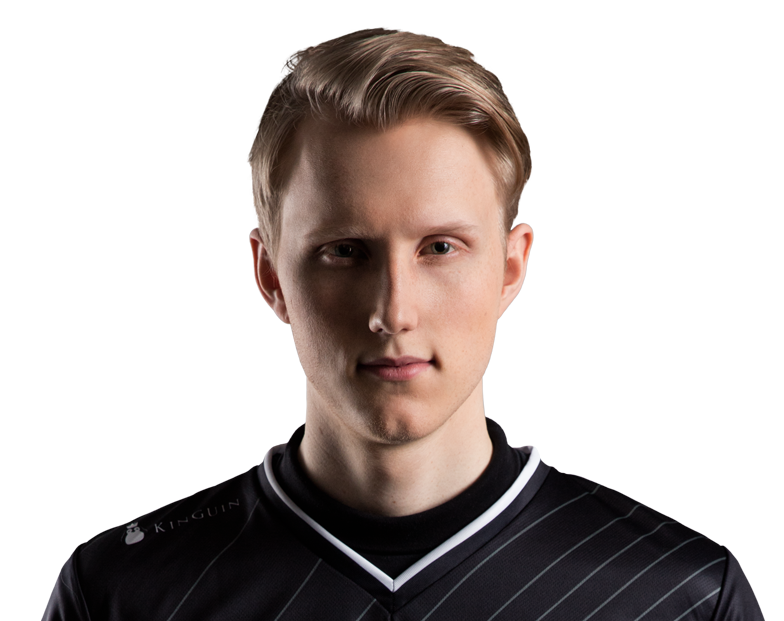 Having joined G2 Esports in 2016, Jesper "Zven" Svenningsen originally played on Origen when they qualified for the EU LCS for the 2015 Summer Split. In his first year of professional play Zven made it all the way to the 2015 Worlds Semifinals, and ever since he’s been regarded as one of the strongest players in the region. He’s been repeatedly praised for his flexible playstyle, being able to move from team oriented champions like Sivir to utility champions like Ashe - who is also his most played champion - in a heartbeat. 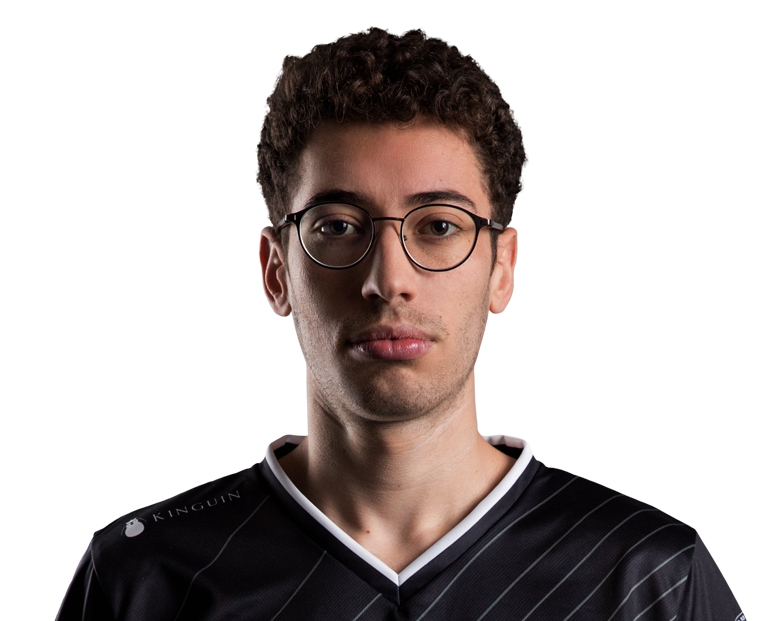 Alfonso "Mithy" Aguirre Rodriguez is one of the longest standing players in the European region. After entering the scene on Lemondogs- with whom he competed at Worlds 2013 with - he has been watched as the model Support player for Europe. He made it to Worlds a second time, in 2015, when he played with Origen, though he ultimately lost to SKT T1 in the Semifinals. Often praised for his flexibility, Mithy is eager to play any champion his team needs, from Karma to Tahm Kench. Mithy also has the impressive distinction of making it to the Finals of every LCS split he has ever played in, and he also represented Europe as the All Star Support in 2016.

Who will reign supreme? Will the Knights of Love dethrone the Kings of Europe? Or will G2 remain on the throne for another split?

Don't miss the thrilling conclusion to the 2017 EU LCS Spring Split, culminating in a Best of Five final that will begin at 16:30 CEST on watch.lolesports.com.

The MVP of the Spring Split is...